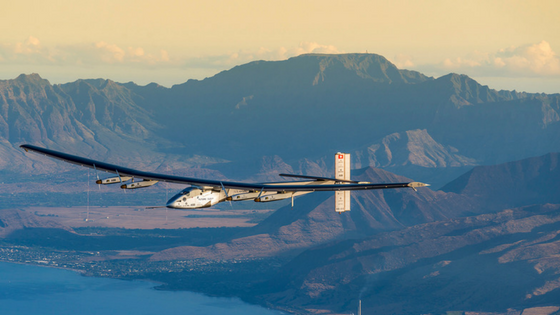 The Solar Impulse project was started in Switzerland by Andre Borschberg and Bertrand Piccard with the goal of circumnavigating the globe in a fixed-wing, solar-powered aircraft. While solar-powered aircraft are high specialized creations, they demonstrate the wide-open future of using solar power for more than just traditional power generation.

According to founder Bertrand Piccard, “If an airplane has succeeded to fly day and night without fuel, then we can power our world on clean energy.” And Piccard and Andre Borschberg set out to prove that emission-free flight was possible.

Their first attempt, the Solar Impulse 1 saw a surprising amount of success – being capable of flying non-stop for 36 hours. The craft reached altitudes over 28,000 feet and was capable a cruising speed of 43 mph.

But the success of the Solar Impulse 1 was just the beginning. Piccard and Borschberg had their aim set on an around-the-world trip, and they weren’t going to rest until they achieved that dream. Many critics claimed their craft would be “too big, too light, and impossible to control in flight.” But the Solar Impulse team pushed on.

Construction of the Solar Impulse 2 began in 2011 and the craft first took flight in June of 2014. Its specifications were impressive:

By 2015, the team was ready to attempt their ultimate goal – a circumnavigation of the earth. Piccard and the Solar Impulse 2 took flight from Abu Dhabi on March 15, 2015. The craft worked its way across the globe in 17 stages – stopping in nine countries over the course of 16 months. (But the plane spent 10 months in Hawaii undergoing extensive repairs.)

The Solar Impulse 2 make its triumphant return to Abu Dhabi on July 23, 2016 – fulfilling the longtime dream of its creators. Perhaps what is most impressive is that Piccard and Borschberg completed the task only 12 years after the first flight of the Solar Impulse 1.

Completing an around the world flight is just the beginning for the Solar Impulse team. Today, the Solar Impulse Foundation is seeking to bridge the gap between ecology and the economy. They see that clean and innovative technologies need to make sense from both an ecological and an economic sense.

According to Bertrand Piccard, “We need to embrace clean technologies and efficient solutions, because they are much more ‘ecological,’ they are ‘logical.’ They create jobs and generate profit, while also reducing CO2 emissions and preserving natural resources. Even if climate change didn’t exist, they would make sense. Clean growth is much better than the dirty status quo we have today.”

While the idea of a commercially viable solar airplane may still be years away, the Solar Impulse Foundation is proving that the future of clean energy is as bright as the sun. It is exciting to see people offering innovative solutions to our current problems – and we’re excited to be a small part of this movement. At Mountain Power Solutions, we offer off-grid solar solutions to western Colorado and eastern Utah. Let’s work on building a better future together! 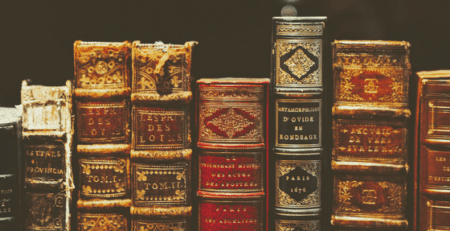 While solar energy has exploded in popularity and availability in the... read more